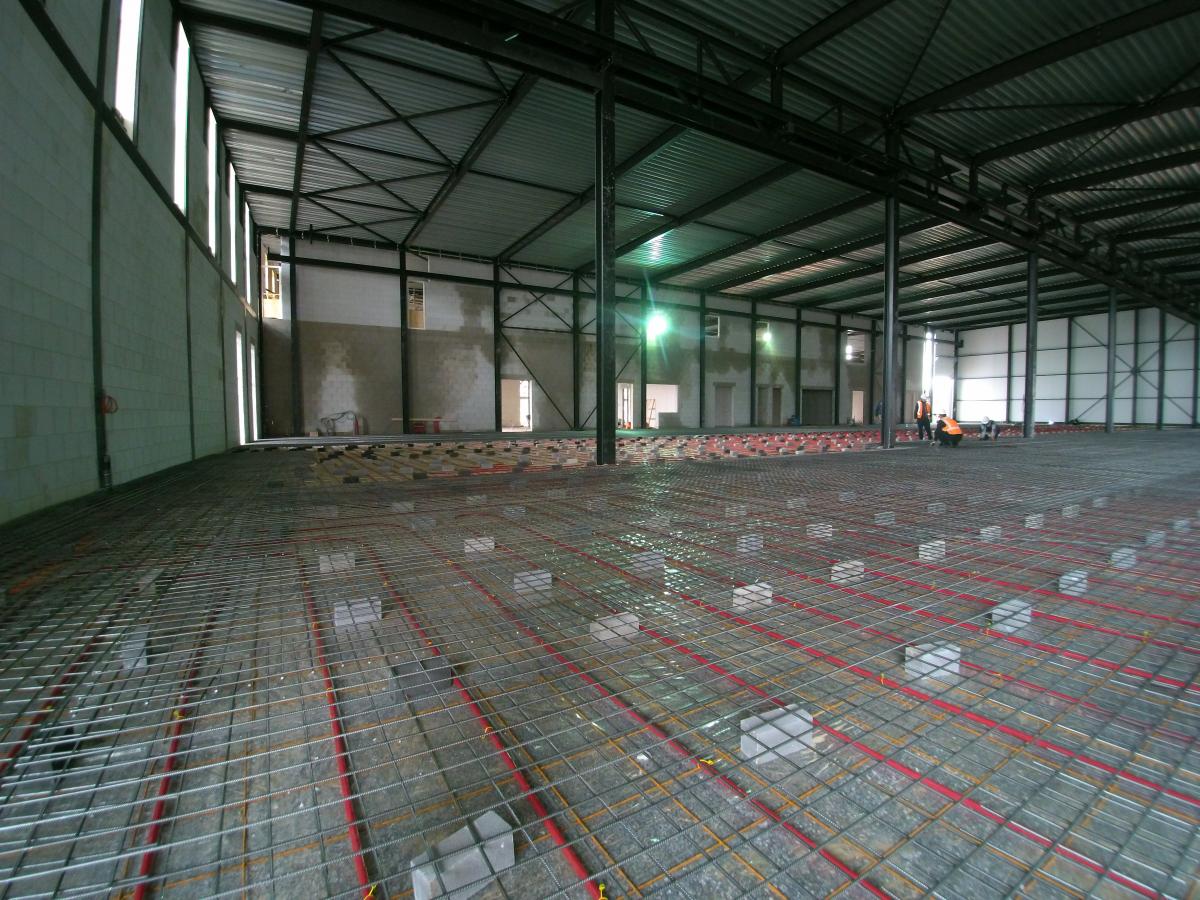 Underfloor heating was fitted in the insulation department. 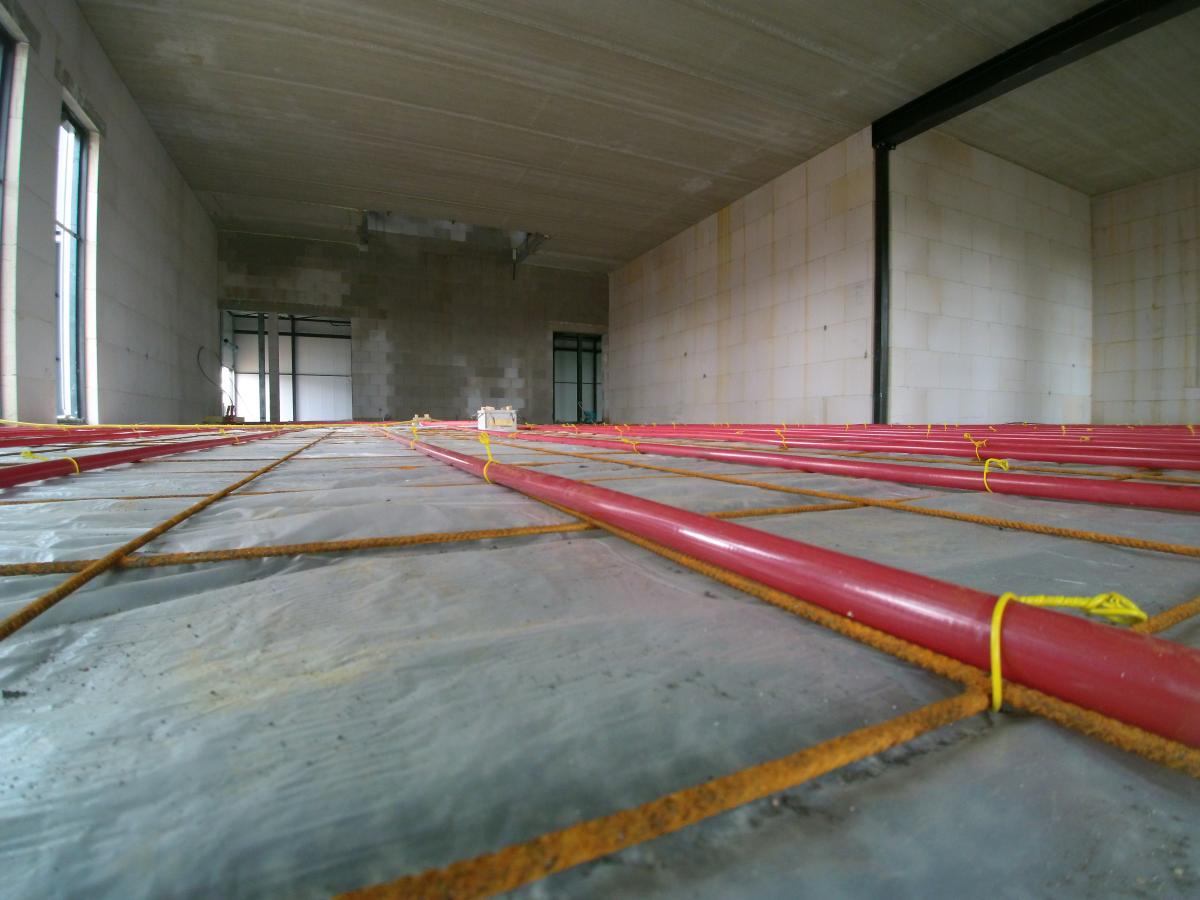 Underfloor heating was also fitted in the reception area on the office side. 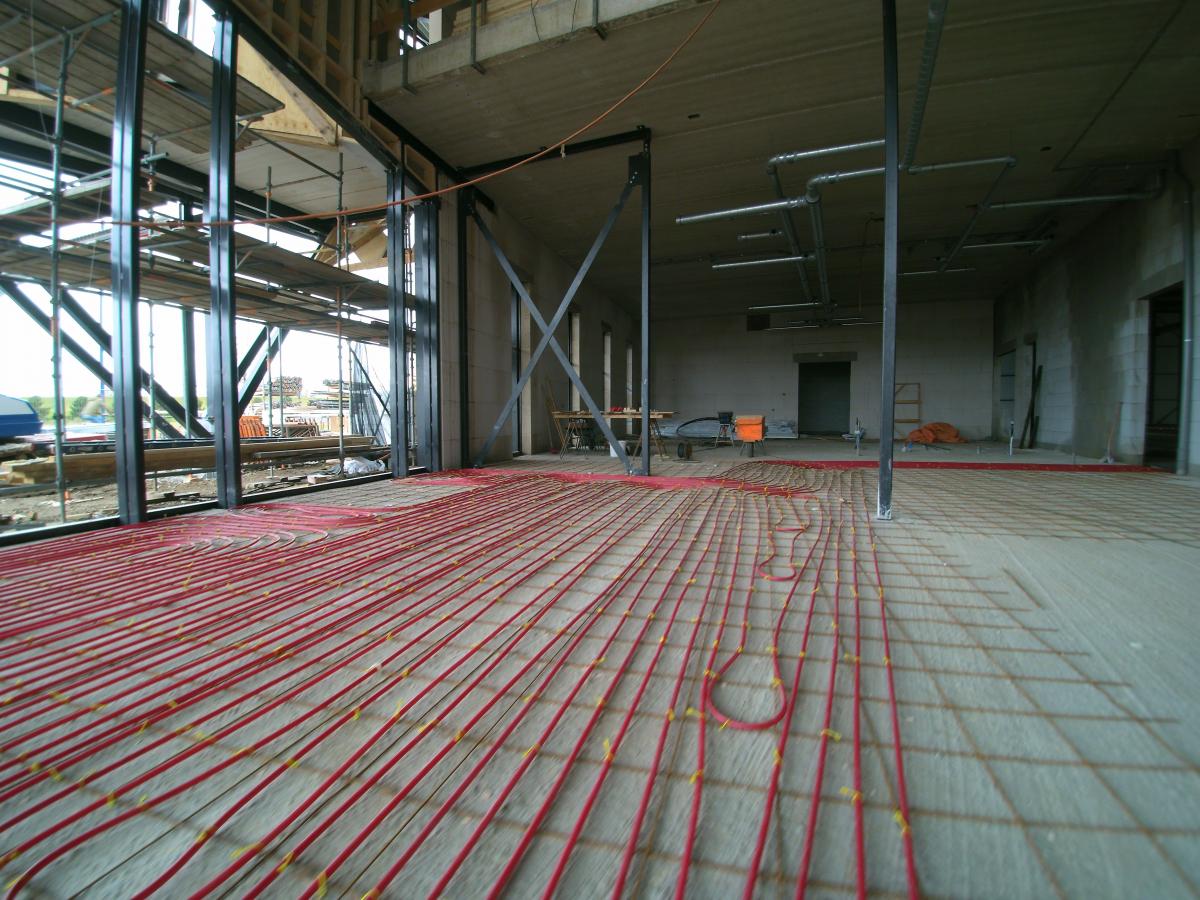 A total of almost nine kilometres of underfloor heating were installed by Willems Prinssen of Uden. 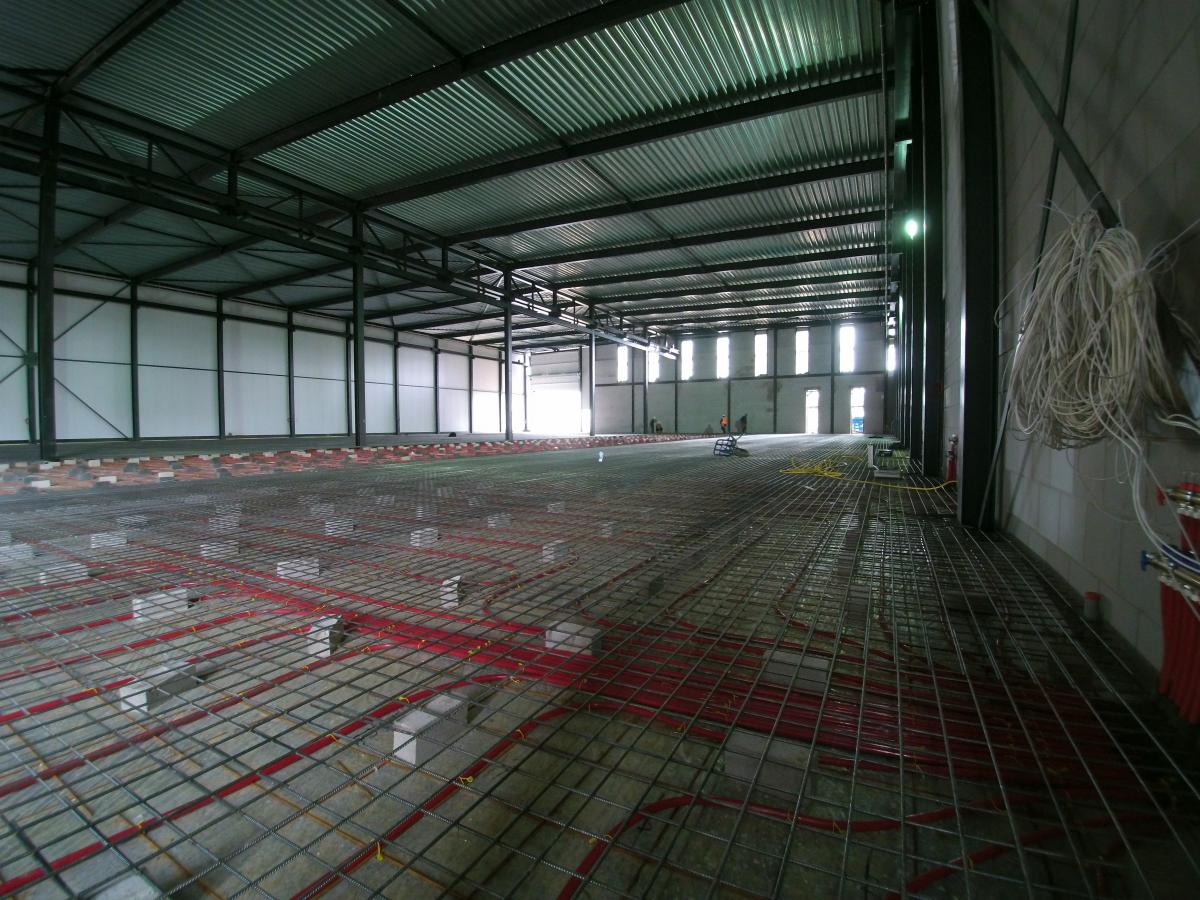 At the beginning of week 12 the nets were laid (top reinforcement) then on Thursday the floors could be poured by Van Berlo. 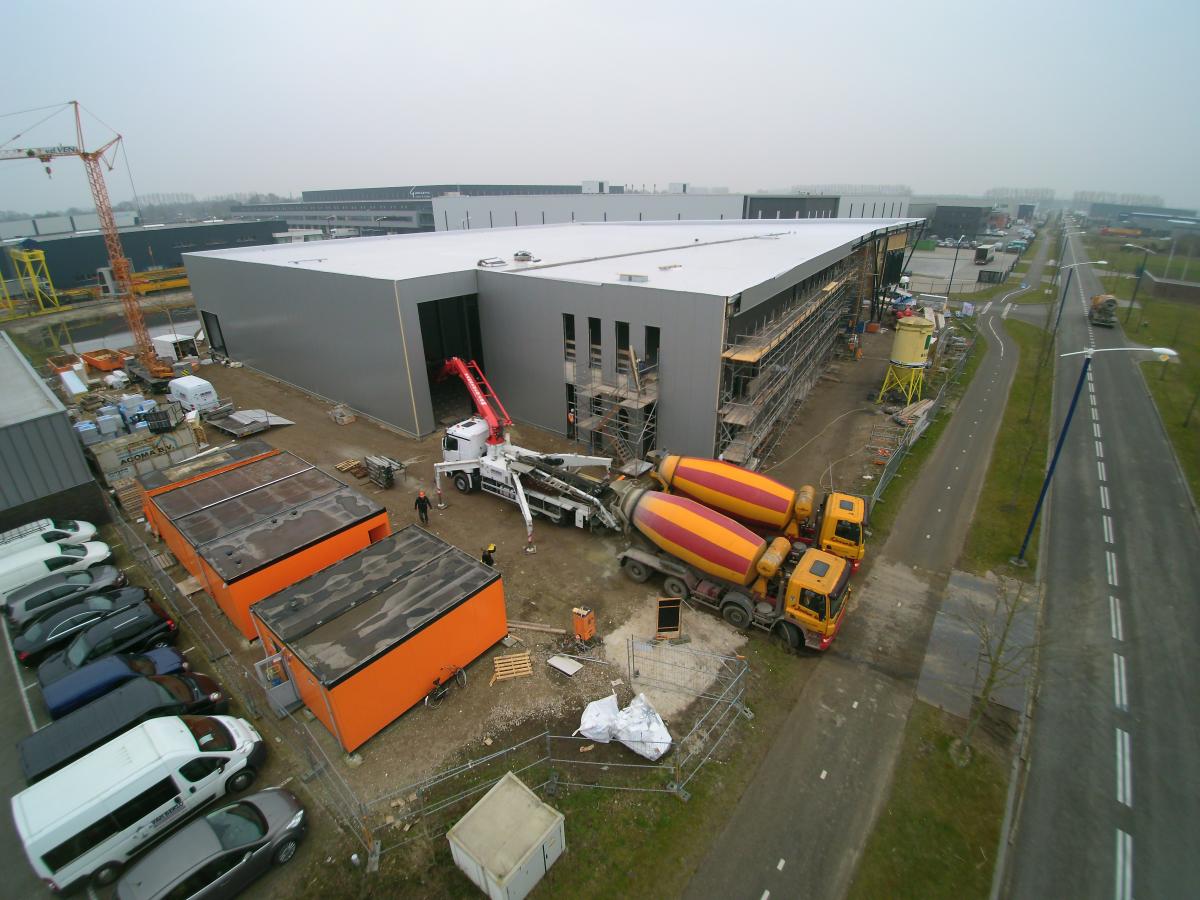 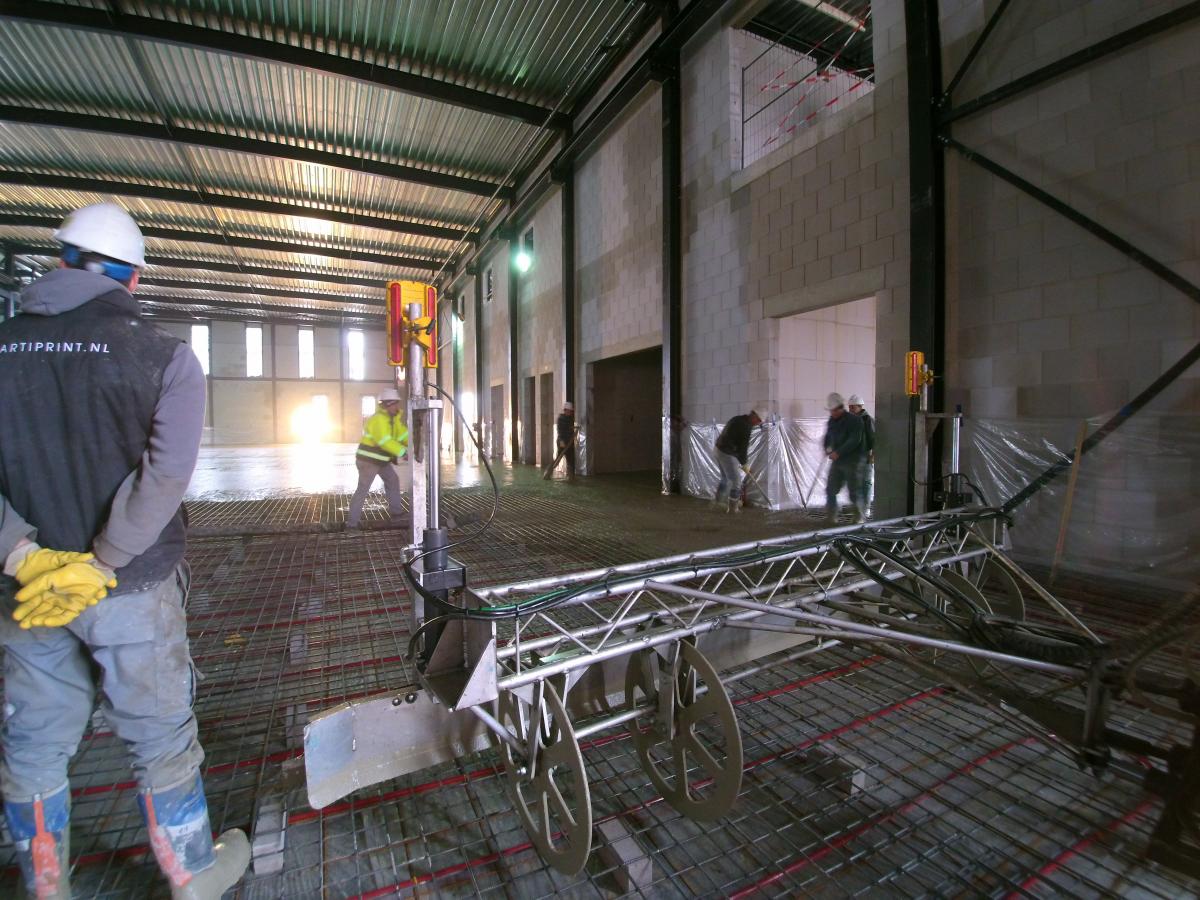 There was even a tour by our neighbour Van Berlo, who showed its employees close up how the concrete is poured in practice. 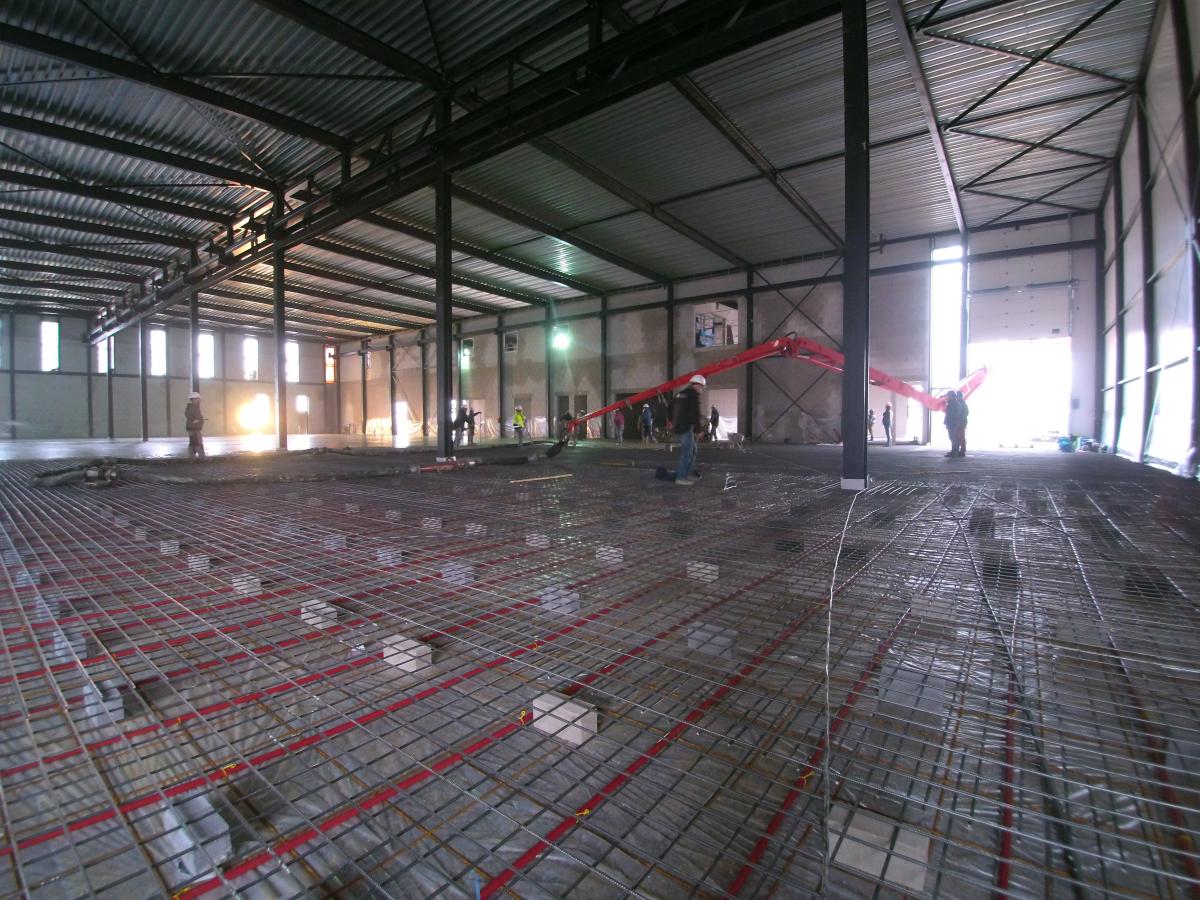 The floors can now set until after Easter.